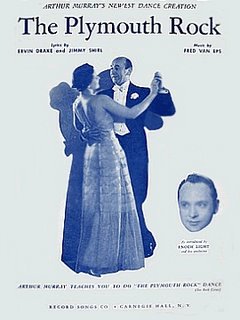 Tomorrow is Thanksgiving Day in the US, which supposedly commemorates the Pilgrims and the Indians getting together for a feast in 1621. Let’s be honest: if you know anything about history, you know that the mythology behind Thanksgiving is pretty sketch, and if you live in New England, you know that the people who were here before you were don’t think much of the entire holiday. But I’m not going to bad-mouth Thanksgiving; for most people, it’s just an excuse to get together with family and friends and eat way too much food, and, if anything, the world could use a lot more excuses for that sort of behavior. Now, if you’re a pessimistic sort, you might think that there’s a lot of people out there who have neither friends, family, or food—but that’s just because they haven’t met you yet. So introduce yourself already: click on over to the nearest food bank (around here, it’s the Greater Boston Food Bank; you can search here to find your local equivalent) and give ’em a few bucks. (You’d be surprised how far they can stretch one of those new metrosexual-Hamilton ten-dollar bills.)

And since it’s all about the food, here’s some appropriate dinner music: the DJ Food masterpiece Raiding the 20th Century, the meta-mash-up to end all mash-ups (via UBUWEB). I’ve been listening to this all week. It’s so much fun I can barely stand it.

The missus and I (and Moe, of course) will be mooching of off friends this year, but there’s one thing we won’t share, and that’s a big batch of my Mom’s stuffing.

Sauté the meat in a large skillet, stirring and breaking up. When browned, add the bread. Stir well to mix and let the bread absorb the fat. Remove to a large bowl. In the same skillet, melt:

Cook gently until the onions are soft. Add:

Cook until everything’s hot, then add to the sausage and bread mixture, tossing lightly. (If it looks a little dry, add more consommé and sherry.) Pour into a buttered baking dish and bake at 350º until it’s done to your liking. (Or, cool the mixture and then stuff your bird with it.)